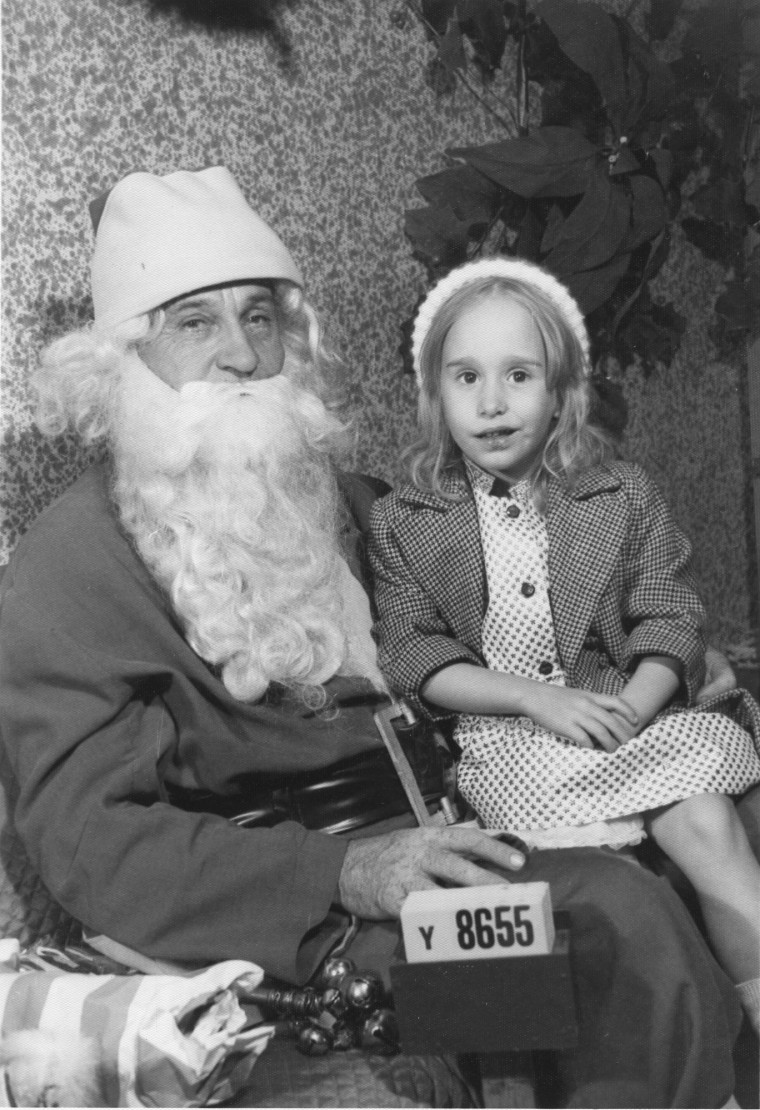 You gotta be funny when you look like this…

Mom being in the hospital for minor surgery didn’t stop family holiday tradition. No. Daddy rose to the occasion. Daddy who was always dressed as immaculately as a POTUS dressed me (stars and plaid???), curled my hair (whose hat is that???), and delivered me to a Santa that looks as happy I do.

That photo records me as miserable and unmatched as Ruth Buzzi’s dowdy old woman! Maybe Daddy, who was always encouraging me to laugh as a child, was suggesting future characters for me???

Everybody remembers their first, their first humorist. (Get your mind our of the gutter!) Today, my heart may swoon over David Sedaris, author of humorous delights like SantaLand Diaries in Holidays on Ice and When You Are Engulfed in Flames. But long before Sedaris, there was Dave Barry whose Homes and Other Black Holes had me rolling on the floor in laugher identifying with frustrations of my own home buying experience. Before Barry, (yes I am a humorist whore!) there was Erma Bombeck. Bombeck was a homemaker whose syndicated commentary on suburban life beginning in the mid-60s captured life as we knew it and humorously. If we can learn to see the humorous side of life as expertly as Bombeck did (as seen in her books like If Life is a Bowl of Cherries, What Am I Doing in the Pits? and The Grass is Always Greener Over the Septic Tank, ) life has got to be better.

Want some humor help? Test the waters at the Erma Bombeck Writers’ Workshop at the University of Dayton.

We Killed: The Rise of women in American Comedy

If you check “female” on online sweepstakes entries (and why are they even asking about gender when the prize is a home???) and want to earn laughs instead of rebuking looks of horror as you recount true happenings from your own life, you want to read We Killed: the rise of women in American comedy. As I read, I fear I am mortally wounded and am watching the comedy of my past life flash before my eyes – from Goldie and Lillie on Laugh In to the first episodes of Saturday Night Live to Roseanne and Ellen, Cho and Garofalo. But no. It’s just Yael Kohen who through interviews with 150 people has build an extraordinary oral history of women in modern comedy beginning in the 1950s. From the beginnings to the basics to alternative voices, We Killed forever settles that age old question bandied around in comedy clubs (if nowhere else), “Are women funny?”

Joan Rivers, born in 1933 according to Wikipedia. According to We Killed: The Rise of Women in American Comedy, Rivers, who wanted to be an actress, fell into comedy because she could make a little money at night after hitting agents all day in the mid-60s. She was the first woman who was part of “the new confessional wave.” Today the Barnard College graduate hosts the Fashion Police on E! and sells her own line on HSN. Catch Joan on her YouTube series, In Bed With Joan, or read about her in her own words in her newest book, Diary of a Mad Diva. 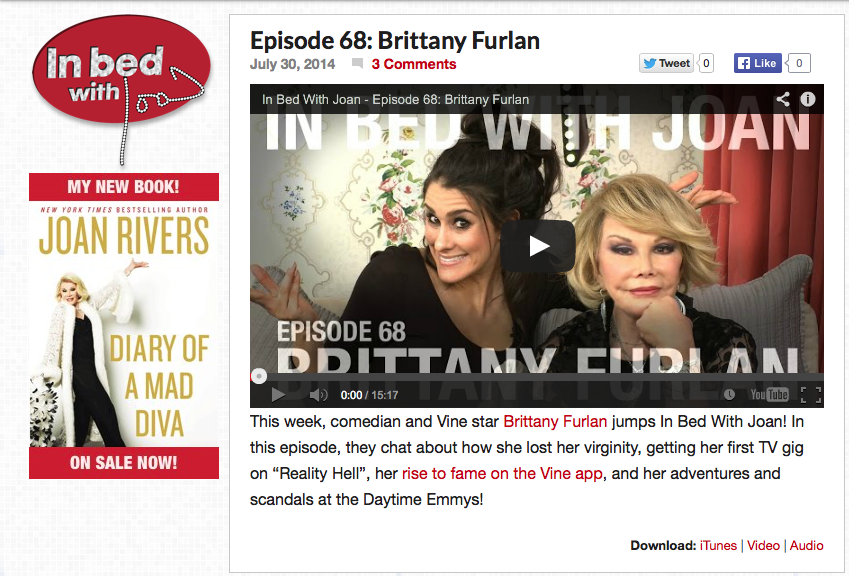