Watched my alma mater, the Arkansas Razorbacks, play the major opponent from my college days last night in the Texas Bowl. A week of longhorn focus always preceded the game in the early 70s – pep rallies, bon fires, rampant cheering throughout campus. Despite our rabid team spirit, we were always taught to be good sports.

Being a good sport, win or lose, is a good thing. After last night’s win of 31 to 7 some forty years later, I’d have say winning feels better, Woo pig sooie! Go hogs!

What are your favorite Christmas memories? I smile when I remember waking to find Barbie in all her finery, two salads my Mom made each Christmas, the blizzard after Christmas in New York 2010.

Recently, I received an invitation. I wanted to go to the event, but there were a lot of variables that could prevent my attending the scariest being predictions of harsh winter weather. It was an event that would cost the host a lot, money down the drain if folks reneged at the last minute. So, I opted out.

Initially, I felt kind of stupid opting out because of reasons that included only predictions. Then it snowed. It snowed in mid-November. Snow hasn’t happened before in Arkansas this early in my memory! Maybe the predictions are right!

When did you opt out of something you wanted to attend but was not right for you? How did declining make you feel? 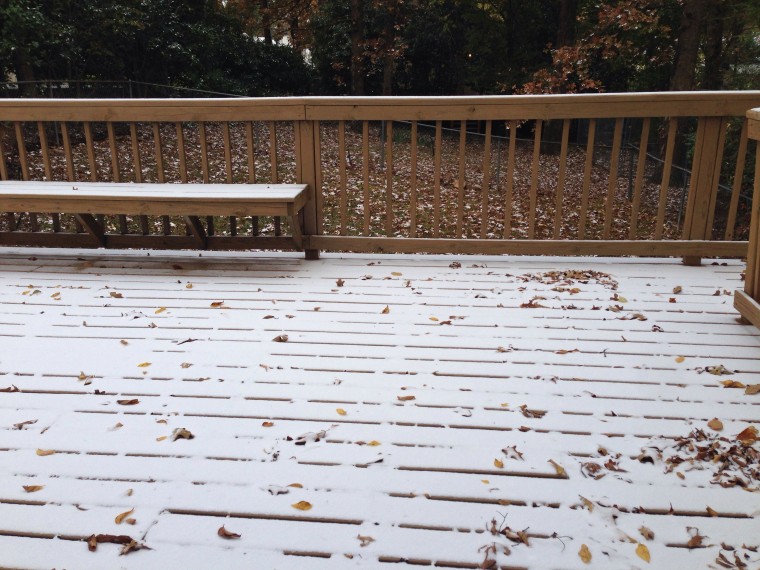