I am inspired by Justin Halpern, 28-year-old who moved back home with his parents when anticipated living arrangements failed. For most young men, this would be devastatingly defeatist. 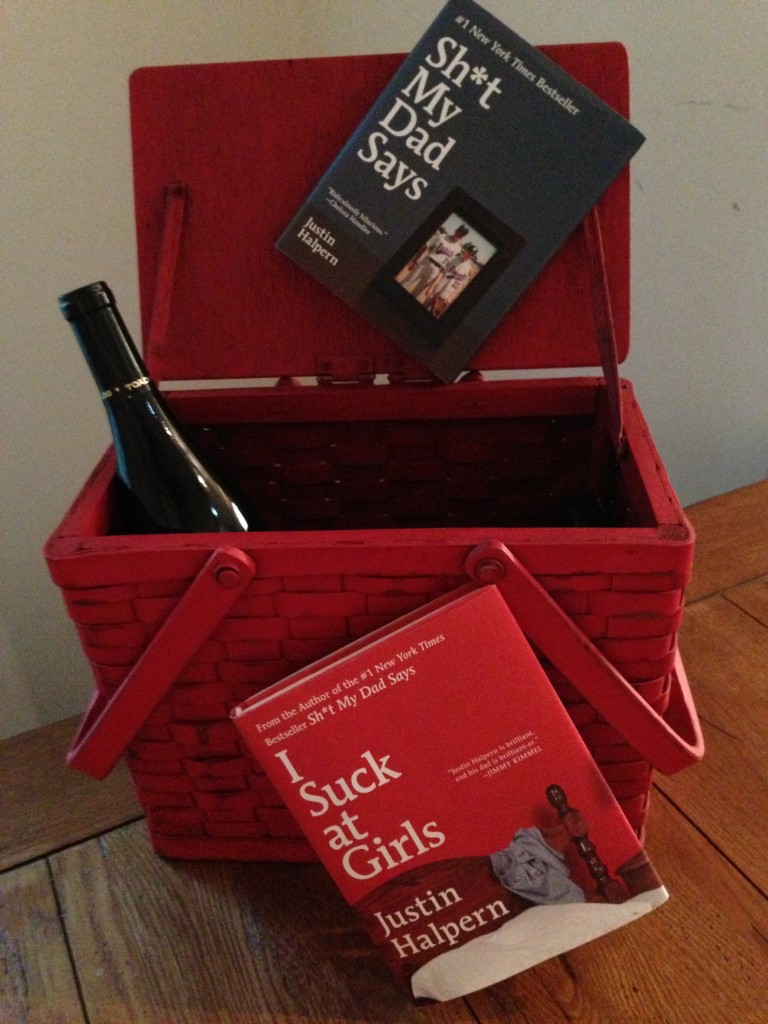 Going on a “kids are back in school” end of summer picnic with your mate? Take Halpern along for laughs!

But it didn’t thwart the creative Justin Halpern, the founding editor of HolyTack.com and a senior writer at Maxim.com. Back home, Halpern, entertained by his father’s words, started sharing the man’s hysterically funny, and often colorful, comments on Twitter @ Shitmydadsays. In less than a month, Halpern’s tweeting had a solid following that a September 2009 Los Angeles Times technology blog post accredited to favorable mentions by “The Daily Show’s” Rob Corddry, the Laughing Squid (www.laughingsquid.com), and actress Kristen Bell. Ever on the lookout for folks with an audience, book publishers began to call. It was then that Halpern says he had to confess his Twitter deeds to his dad. Fortunately, his father, a man that had little connection with the Internet, was not offended.

In May 2010 It Books released Sh*t My Dad Says, a collection of humorous monologues interspersed with Halpern quotes. Network TV also took notice and a sitcom of the same name starring William Shatner aired on CBS in September 2010. When Halpern called to say the show had been cancelled after 18 episodes, his dad seemed unruffled. “Well F*ck. Sorry to hear that son.”

Halpern’s ride wasn’t over yet. It Books published I Suck at Girls in 2012. Justin, you sure know how to spin life into gold!