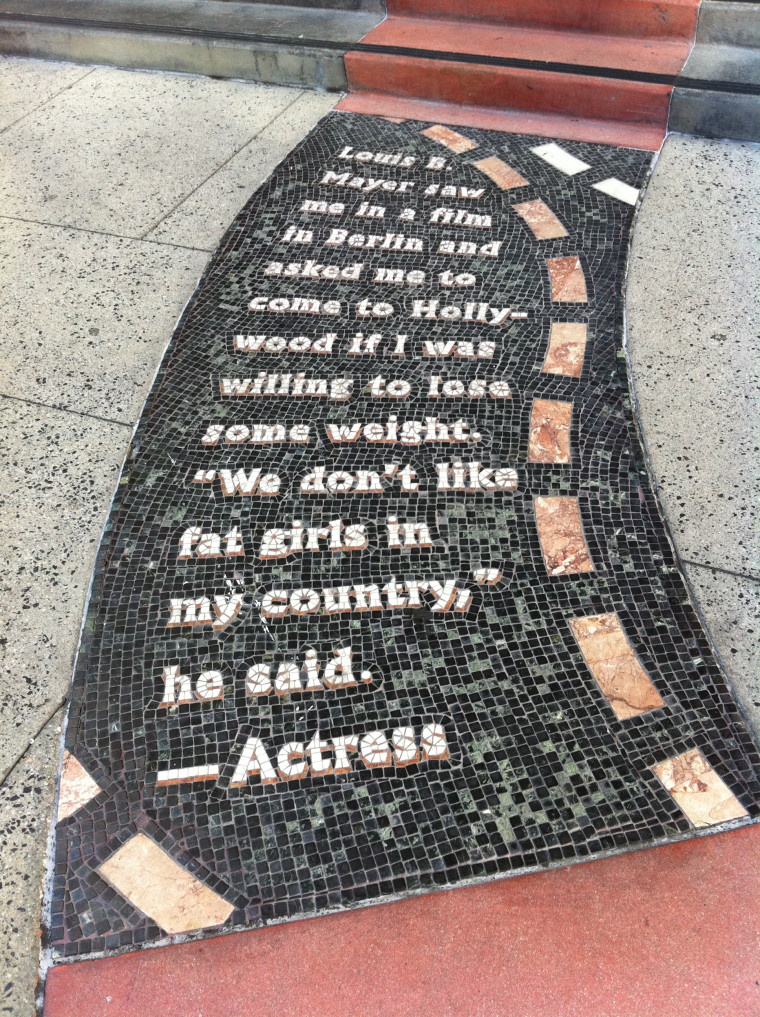 One actress was presented an opportunity that came with a requirement. While only identified by occupation, artist Erika Rothenberg indicates the actress is Greta Garbo.

This story is part of Rothenberg’s highly praised 2001 permanent public art work, The Road to Hollywood. Rothenberg says these stories aren’t actual quotes, but based on research and interviews.

Things apparently haven’t change much in Hollywood since the days of Garbo. For his role as Ron Woodroof in Dallas Buyers Club, Matthew McConaughey lost nearly 50 pounds. For his efforts, McConaughey won numerous awards including those from the Golden Globes and Screen Actors Guild and is nominated for an Academy Award and Independent Spirit Award.

Question: If your life story was seen in mosaic, what would it read?