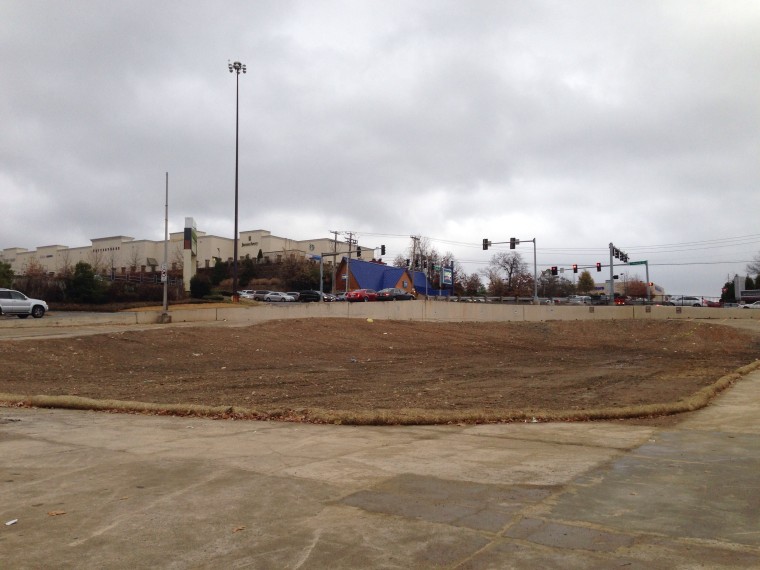 Yep, Christmas is over. 2013 is gone like the Baker Building that resided on the southwest corner of Markham Street and S. University Avenue from before I arrived in Little Rock in 1976. But the empty lot, much like a black slate, promises fresh, new exciting things (one report says Chipotle) for 2014.

“What would you like to see on StoryDame’s slate for 2014?” That’s been the question I’ve been asking myself these past couple of weeks. And some thoughts have risen from the rumbling in my brain. Because two brains are better than one, I’ve agreed to exchange feedback in early January with a brilliant, young comedy cohart who produces, directs, writes and stars in a top quality comedy web series.

Until the formal 2014 plan emerges, the new year will start with thoughts gleaned from a major media lesson I learned in 2013. Three times this one issue arose right in front of my eyes. Twice it wrecked havoc. That’s enough for me to spot it as a trend or pattern. If improv teaches you anything, it’s to look for patterns!

Got some ideas of your own for Storydame? Email me: Lynn at Storydame.com 🙂