Leaving an appointment on Sunset Boulevard about 5:30PM on October 18, 2011, I noticed long lines of people in multiple directions at the ArcLight, predominantly Hispanic. While Hispanics are 16% of the population, they are more likely to attend movies than any other ethnic group. They represented 28 percent of movie-goers in 2008 according to Pamela McClintock in her Hollywood Reporter article on January 26, 2011, The Hispanic Effect. McClintock indicates Hispanics are particularly drawn to “thrillers or horror pics with spiritual, demonic or Catholic themes.” Films McClintock cited as successful among Hispanics included The Rite, Black Swan, and Paramount’s Case 39. 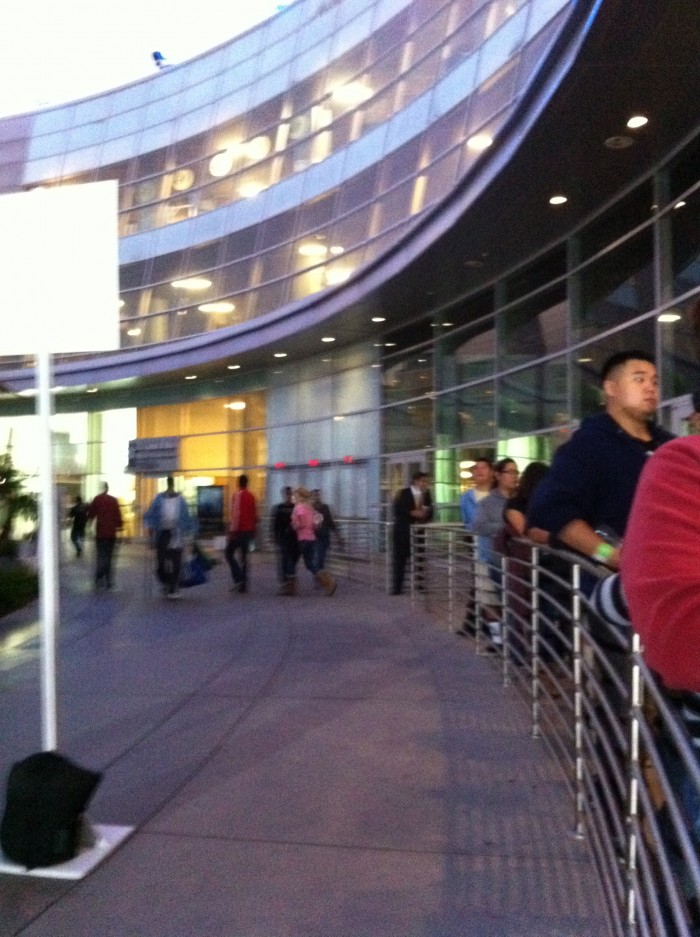 Lines forming at the ArcLight. 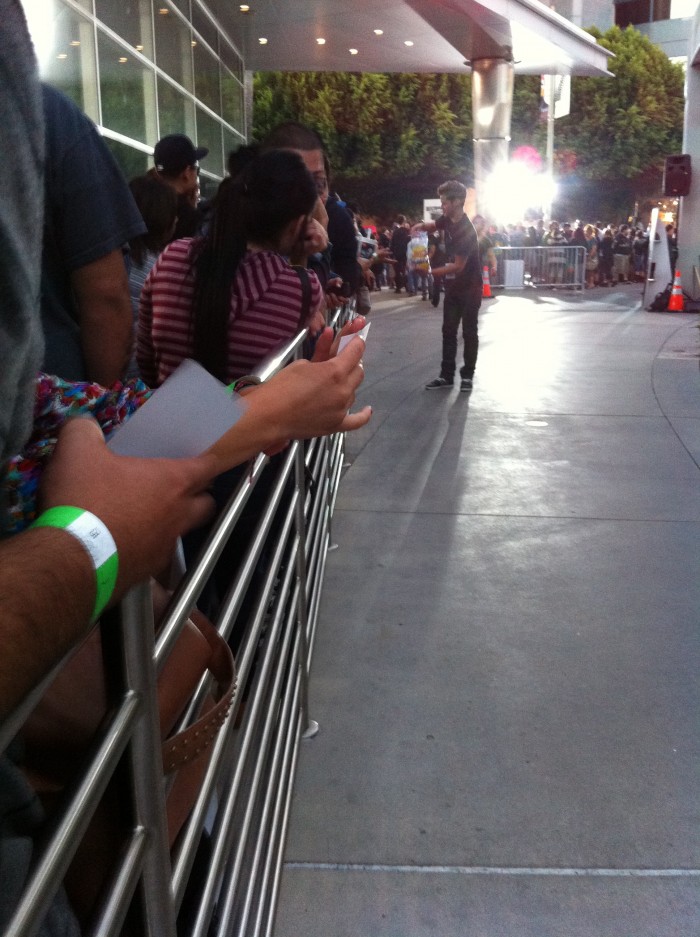 Green wrist bands identify those granted admittance to the first showing at the ArcLight.

“Tweet To See It First!” follows Paramount’s successful use of Twitter to guerilla market Paranormal Activity, the horror/mystery film that used documentary style similar to the equally successful film, The Blair Witch Project. While Blair Witch drew buzz through a website that created a hoax as horrifying as Welles’ War of the Worlds to garner $250 million at the box office according to Chris Connelly, Paramount used Twitter to build an audience for Oren Peli’s low budget horror film made reportedly for $15,000. In the Twitter campaign for Paranormal Activity, Paramount asked people to “DEMAND IT” on a website. As word spread and tweets increased, Paramount promised a wide release of the film if demands reached a million. The film rose to one million demands overnight according to C. Robert Cargill. Paranormal Activity went on to gross nearly $200 million worldwide making it one of the most profitable films ever made. Following this success, Paramount created Insurge, a new division to distribute micro-budget films with a budget less than $100,000.

Through social networking, media “word-of-mouth” recommendations can be delivered quickly and to large groups through Facebook messages or Twitter tweets. They have the potential to spread exponentially in the form of reposts and retweets. This is particularly valuable since friends and followers potentially have the similar interests and likes. 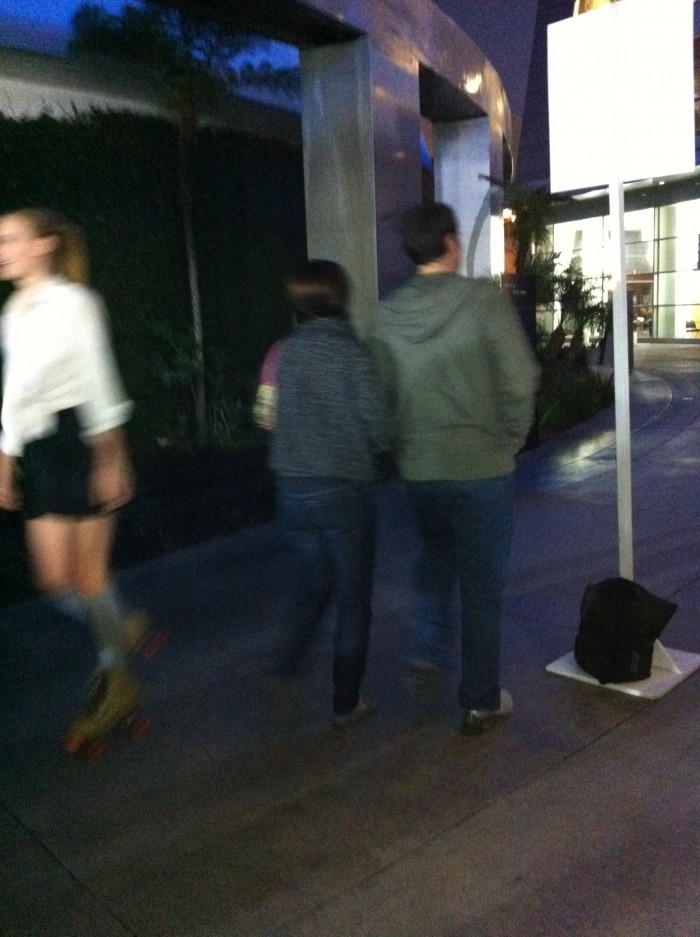 And the numbers associated with social networking are potentially staggering. According to Frank Rose in The Art of Immersion: How the digital generation is remaking Hollywood, Madison Avenue, and the way we tell stories, Facebook had over 500 million users around the globe in July 2010. Twitter, launched July 15, 2006, now has 100 million active users and daily tweets of 230 million according to Tina Iaongo Hoover. 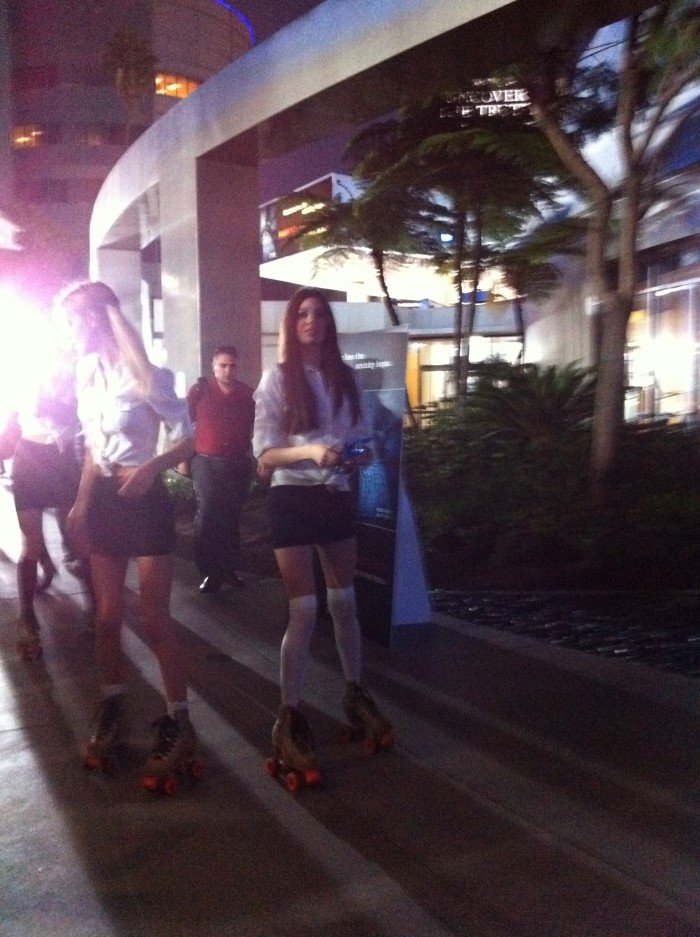 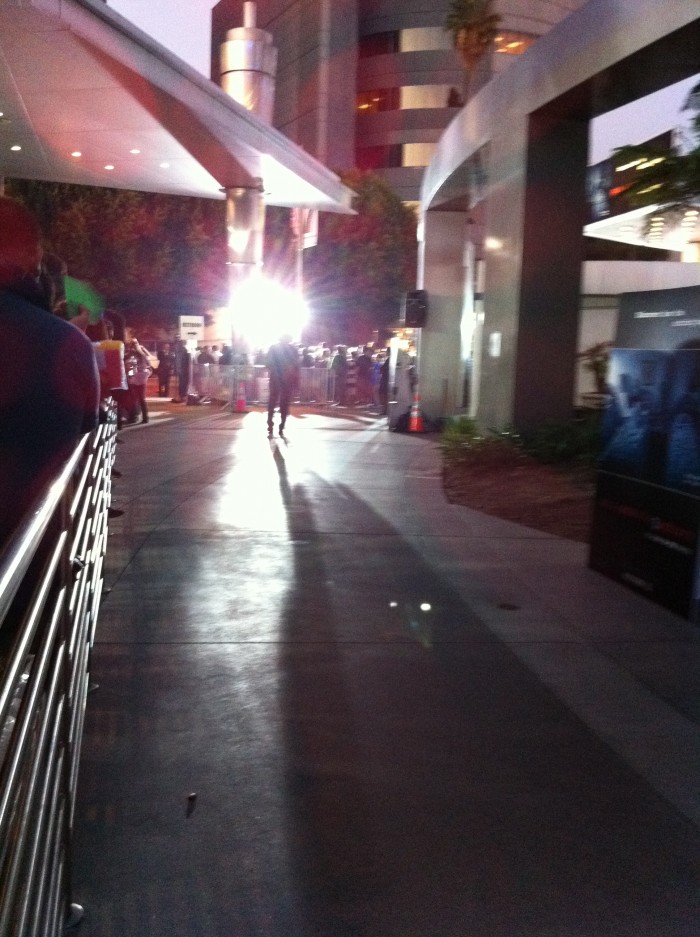 Time draws closer for the showing as the sun sets on Sunset Blvd.

LA participants were occupied during the wait before the free showing with free food, giveaways ranging from t-shirts to iPad2s, and heart pumping music. The t-shirts featured the website on the front and on the back, “I saw it first. Oct 18 2011, PM 10:00:00, #TweetYourScream.” By 11:17AM on Oct. 21, 2011, Paranormal Activity 3 was trending on Twitter.

While @TweetYourScream promised, “The last 15 minutes will mess you up for life,” Twitter social networking promises potential for profits beyond wildest imaginations.