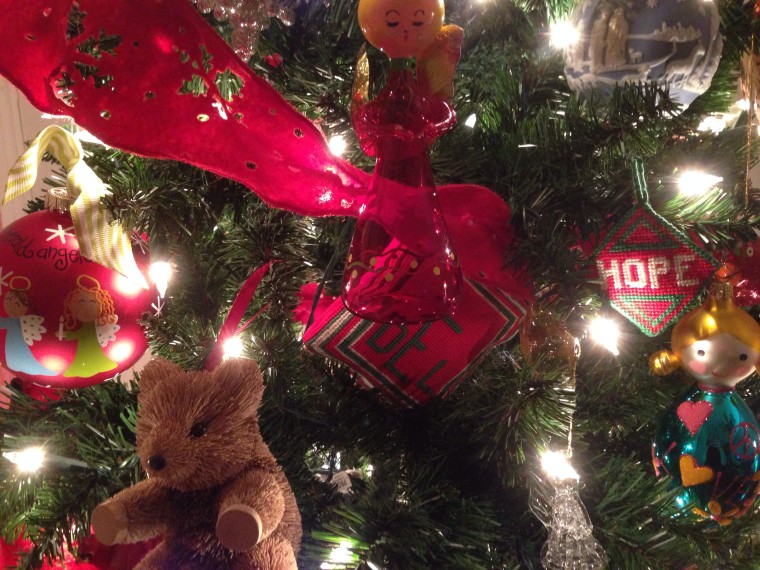 What’s that risin’ clatter? What on earth’s the matter?

If you’re gonna make story suggestions to others, you better be prepared to practice what you preach. You know what I’m talking about if you read my recent post, the Christmas story as story tool. If you read it, you also know the form this is going to take. By nature, a birth story written by anyone but the mother and those in attendance is based on eyewitness accounts. You know eyewitness accounts can be credible if you read Luke and the eyewitness report. This story is particularly credible because the eyewitness was my mother. 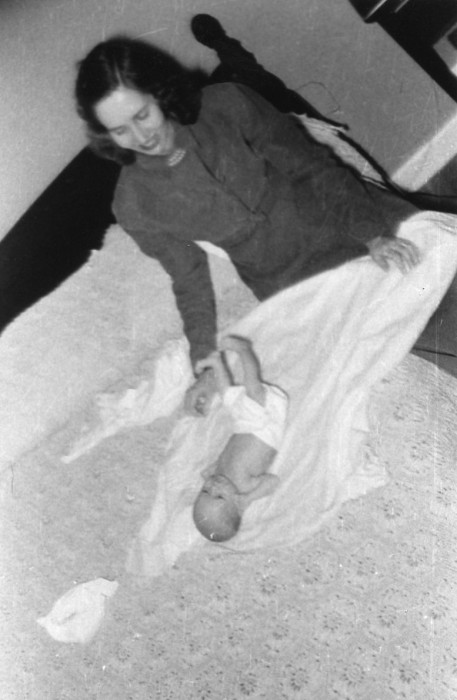 A blanket separates Mom’s newborn and spit-up from the elegant bedspread hand crocheted by her maternal grandmother, Mary Elizabeth, who everyone called Granny.

Unlike Mary and Joseph, Gene and Madelyn had a whirlwind courtship in Little Rock, Arkansas. He asked her to marry him in March and they married in April. These two aren’t procrastinators; I was conceived almost immediately.

Everything seemed to be going well until the day after Christmas. I wasn’t due until late January, but Mom and Dad hopped in their red Hudson and drove the hour to Hot Springs. Daddy was in the Army Counterintelligence Corps and the nearest military medical facility was the Army-Navy Hospital.

At the Army-Navy, Mom was admitted into delivery; Daddy found a spot in the waiting room. As it was the night after Christmas, he was prepared to settle down for a long winter’s nap. (He’d need his rest the next day as father of a newborn.) When all of the sudden who should appear… No, it wasn’t Santa or shepherds from a nearby field. Friends of my parents – a well meaning couple – heard of my upcoming birth and came to “keep you company.”

Daddy entertained the friends, he was quite a talker, until I arrived early the next morning. It was the delivering doctor, not angels, who announced my arrival to Gene and Madelyn. Instead of tidings of great joy, the doctor reported I weighed less than five pounds and was missing fingers on my left hand. Apparently, the umbilical cord had wrapped around it preventing development.

My parents rejoiced anyway saying I was their belated Christmas gift. I might have a tendency to doubt that part of the story except for one thing. We returned to live in Hot Springs when I was 7. Over the years we would run into the nurse who assisted during my birth. Every time she would see me her eyes lit up like a Christmas tree. She would ask me what I was doing, then listen as intently as Daddy did to Walter Cronkite, Huntley-Brinkley and Peter Gunn. She would smile, nod and comment encouragingly as I waxed on about plastic glitter heels, making disappearing ink with my chemistry set or producing an elementary school play.

The doctor released me even though I didn’t meet the regulation 5 pounds weight. Mom says it’s because the doctor knew my parents would take vary good care of me. Maybe the fact that Mom was the first in, but others joined her through the night and the maternity ward was full by the next morning played a part. 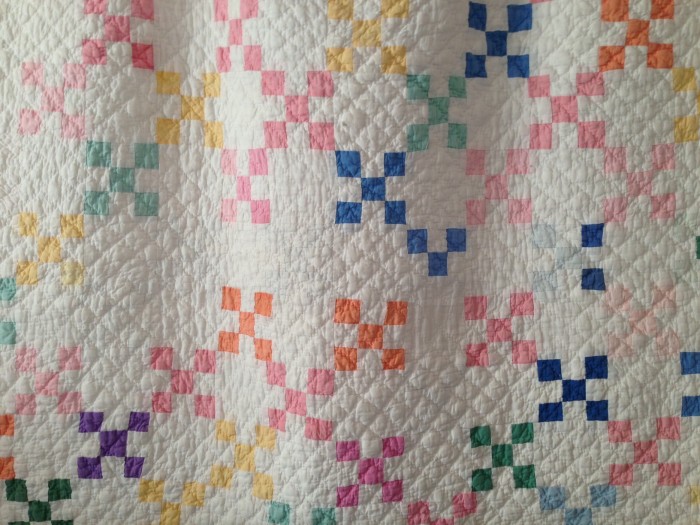 Over the next days, weeks and months following my birth, friends and family delivered baby gifts: handmade quilts, toys, baby necessities. They might not have been gold, incense or myrrh, but they were valued as expressions of love. Every time I go to bed I’m reminded of this love by one of those quilts that hangs over my bed!

Got an interesting aspect of your birth? Feel free to share it below! 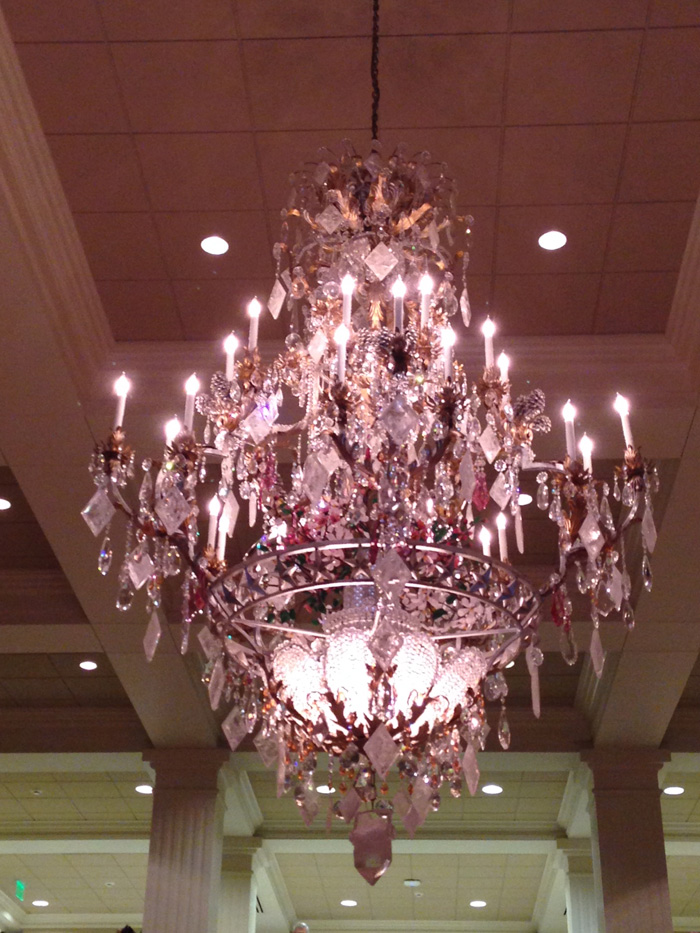 The stories of your life fit together like the beautiful, sparkling pieces of the Arkansas Chandelier I saw on a recent visit to the Arkansas Governor’s Mansion. Commissioned by designer Kaki Hockersmith, the six-foot by eight-foot chandelier celebrates Arkansas by featuring 25 lights and silver-and-gold-leaf stars symbolizing Arkansas’s admission to the Union as the 25th state; crystal mined in my home county, Garland; a honey bee (the state insect) and apple blossoms (the state flower) of beaded crystal; a diamond-shaped crystal prism that celebrates Arkansas as the only diamond-producing state; and bronze pine cones (the state tree). 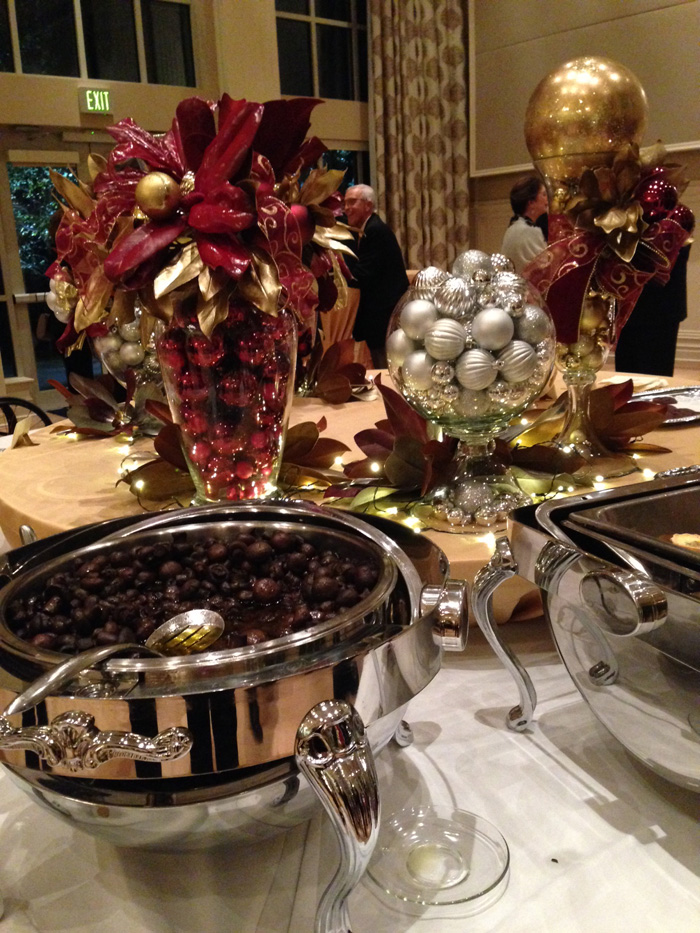 May your Christmas be merry

May your 2014 be a feast of blessings catered specifically to your palate!