Over the years I have learned that what is important in a dress is the woman who is wearing it. 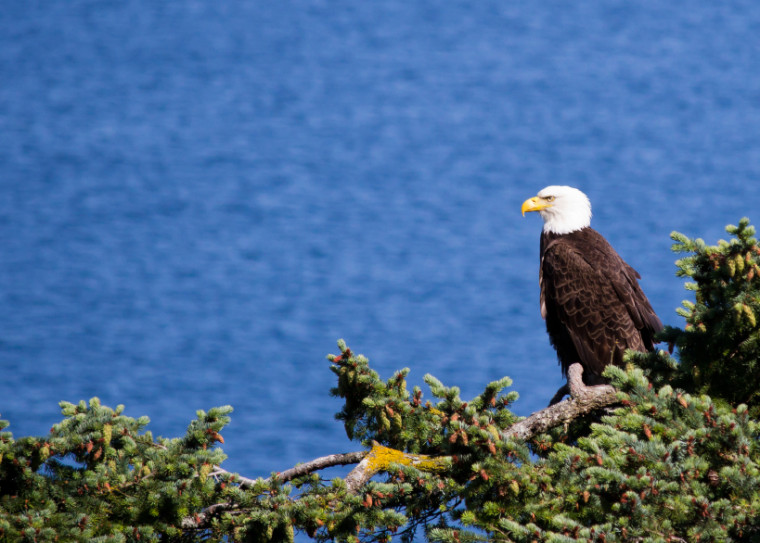 Does your family have a person that is the cohesive element of your family? For my mother’s side of the family that person was Mom’s sister, Irene. Irene was the one who introduced me to Durkee Famous Sauce, trusted me to babysit their two beloved dogs including picky eater Bubbles and invited us for Thanksgiving lunch.

The Thanksgiving after Irene died in the 1990s, the family let the lodge at DeGray State Park cook for us. After lunch as we parted to go our separate ways, Mom suggested we stay for the Eagle Tour. After paying a small fee, we boarded a party barge that took us out on Lake DeGray. The weather was perfect with brilliant blue skies. Though it was crispy cool, I was warm in my favorite outfit: a black velvet and spandex dress with a blue denim jacket. As we traveled around the lake, the interpreter pointed out ducks, osprey, and even a heron. Binoculars were supplied so we could better see bald eagles high in the trees looking down on us.

With my aunt no longer with us physically, I realize I can experience her and other family members who have passed into Jesus presence with the binoculars of memory. It’s not as clear a view as it would be if an eagle had perched on a side rail of the boat, but it is still sweet.

Do you have a Thanksgiving that is particularly special?

In 1970 after fracturing a vertebrae, I experienced a fat embolism that sent me into convulsions and stopped my heart. I only know about the event because medical staff told me the next day as they put my dislocated shoulder back in place, did a brain scan and put me on a no fat diet. To my conscious knowledge, I had no near death experience, or NDE. But if I had had an NDE, would I, a freshman at the University of Arkansas at the time, have had the courage to tell the story to family and friends, much less the whole world? 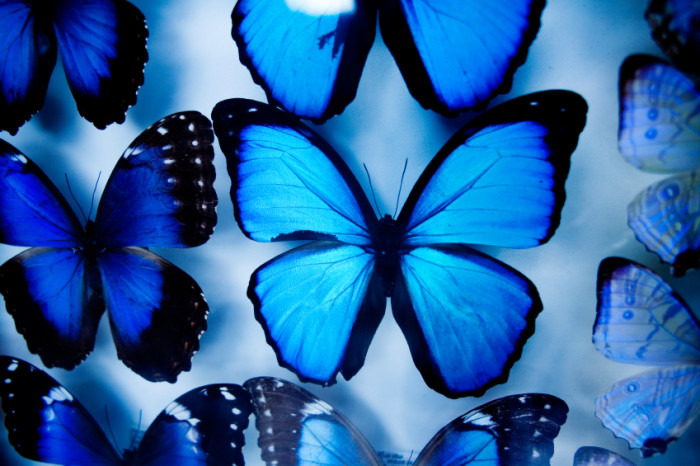 One element of Dr. Alexander’s NDE was butterflies. Amazonian butterflies behind glass. ©iStockphoto.com/simonox

Eben Alexander was living a good life as a husband, father, and respected neurosurgeon for which he was smart enough to be grateful. Then one day he began to experience flu-like symptoms, a headache and back pain. His wife returned home and discovered he was having a grand mal seizure and called 911. At the hospital doctors discover Alexander had E. coli meningitis. Despite the fact he was treated quickly and aggressively, Alexander remained comatose for six days surrounded by medical staff and praying family. With little anticipated hope for recovery, it is miraculous that he opened his eyes on day 7 and eventually had full recovery. Even more remarkable to me is that Alexander returned to consciousness with his own personal tale of a near-death experience, or NDE, which included a blue-eyed woman who came to him on butterfly wing and chose to tell it in Proof of Heaven: a Neurosurgeon’s Journey into the Afterlife.

The NDE is not new in popular culture. Before picking up Dr. Alexander’s book at Target, I had read 90 Minutes in Heaven by Don Piper, Heaven is for Real by Todd Burpo, and To Heaven and Back: A Doctor’s Extraordinary Account of Her Death, Heaven, Angels, and Life Again by Dr. Mary C. Neal. Mark Galli says in his December 2012 article Incredible Journey: What to Make of Visits to Heaven that he tends to believe NDE accounts (one of which he mentions is Alexander’s) due to his experience with historical research and its reliance on personal testimony by reliable witnesses.

Unlike the med students portrayed in the 1990 film, Flatliners, the only proof of heaven needed for the Christian is found in scripture. Didn’t Jesus promise one of the thieves crucified with him that, “Today you will be with me in paradise?” (Luke 23:43 NIV) Where the skeptics often appear, for Alexander and others with NDEs that speak of heaven, is in the scientific realm. Many scientists, including Alexander before his NDE, look upon the NDE as the hallucinations of a dying brain. 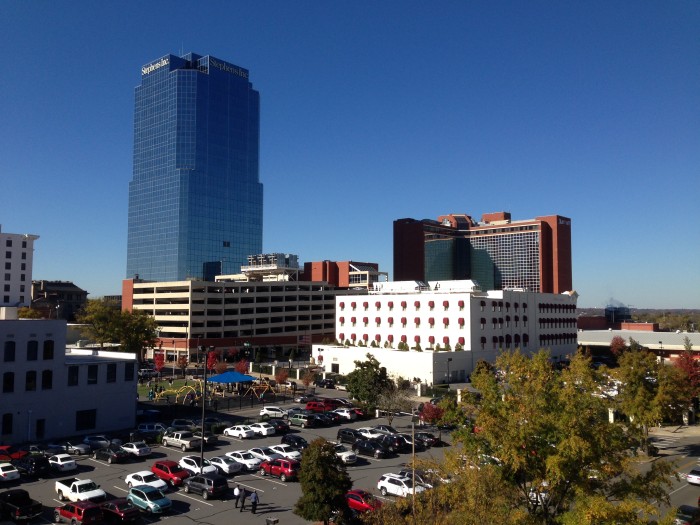 Arkansans have the privilege of hearing Dr. Alexander live on November 13, 2013, as part of the Clinton School Speaker series. The crowd drawn in this neck of the Bible belt woods by the neurosurgeon turned NDE author is large. At the parking deck of the Statehouse Convention Center I get one of only a few remaining spaces on the upper deck. I join the throngs at the Ballroom of the Statehouse Convention Center and find one of few remaining seats. As the best selling scientist shares a capsule version of the story I have already read, one word comes to mind. Risk.

RISK! is a live show and podcast hosted by storyteller Kevin Allison who regularly brings on folks to tell “stories they never thought they’d dare to share in public.” Possibly the riskiest story I’ve seen told is that of this neurosurgeon turned NDE author unafraid to tell his story even though he knew the full extent of scientific skepticism!

Got a risky story to tell? Get a “prescription for courage” to tell it from Dr. Eben Alexander!

Holidays on Ice by David Sedaris (Little, Brown and Company, 2008)

Everybody has their personal favorite Christmas “story fare” from Luke’s version of the birth of Jesus to T’was the Night Before Christmas to The Best Christmas Pageant Ever by Barbara Robinson. For the true-life narrator like me, the list likely includes David Sedaris’ account of his Macy’s elfin adventure in SantaLand Diaries, one of twelve stories in the 2008 version of Holidays on Ice.

The discovery of Sedaris by Ira Glass of This American Life eventually led to Sedaris’ reading of SantaLand Diaries on NPR’s Morning Edition on December 23, 1992, which catapulted the former elf to mega-fame, the illusive goal of every true-life narrator. Want to follow in Sedaris’ golden footsteps? Do yourself a favor this Christmas. While you’re out shopping, buy one more gift. Buy Holidays on Ice for yourself. With stories guaranteed to make you laugh, SantaLand Sedaris is stellar example of this art form!