In August I traveled to Chicago for a week long intensive stand-up comedy class at Second City. I might have been living in Chicago when Second City opened its doors in December 1959 if Mom had agreed to Daddy’s plan to retire from the military to Chicago in his home state the previous year. Instead, I was 8-years-old and in Mrs. Blackwood’s second grade class at Oaklawn Elementary School in Hot Springs, Arkansas. I was back in Hot Springs, a recent graduate of the University of Arkansas and mourning the recent loss of my father to cancer, when SNL was birthed in October 1975 with Second City alums John Belishi, Dan Ackroyd, and Gilda Radner.

While in Chicago, I stayed down the street at the Hotel Lincoln, home of the Perennial Virant. My second day there, I sampled a delightful brunch dish at Paul Virant’s “farm-to-table restaurant.”

What could be better for a southern girl than “grilled cornbread.” Virant starts with braised greens, in this case collards, 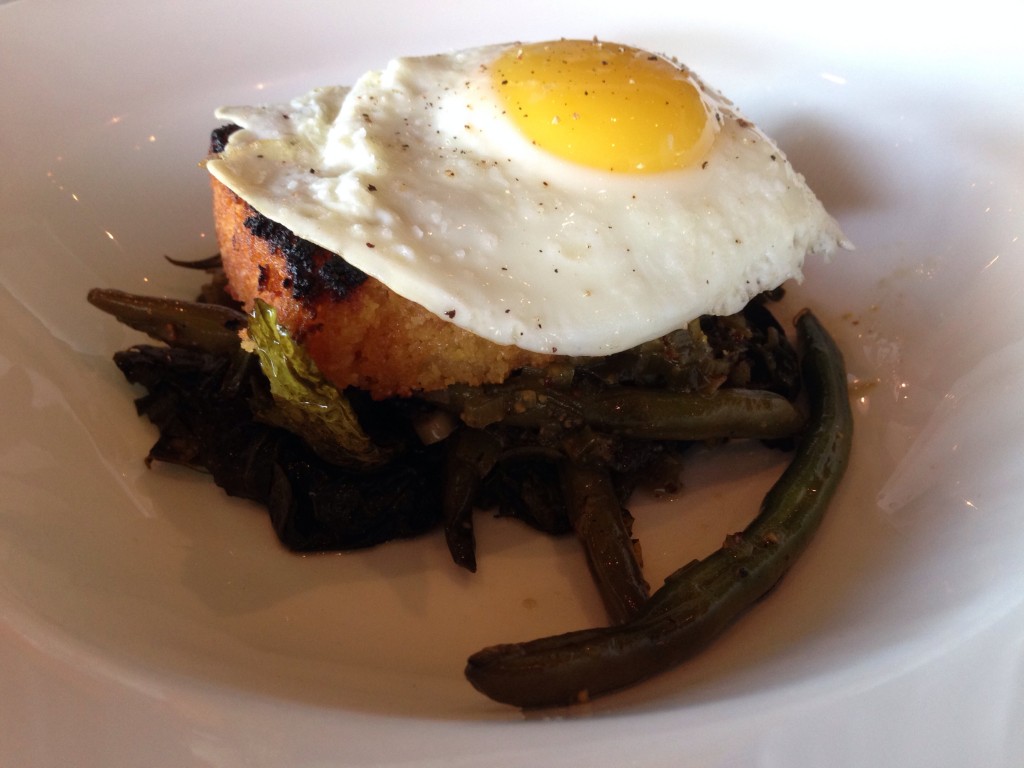 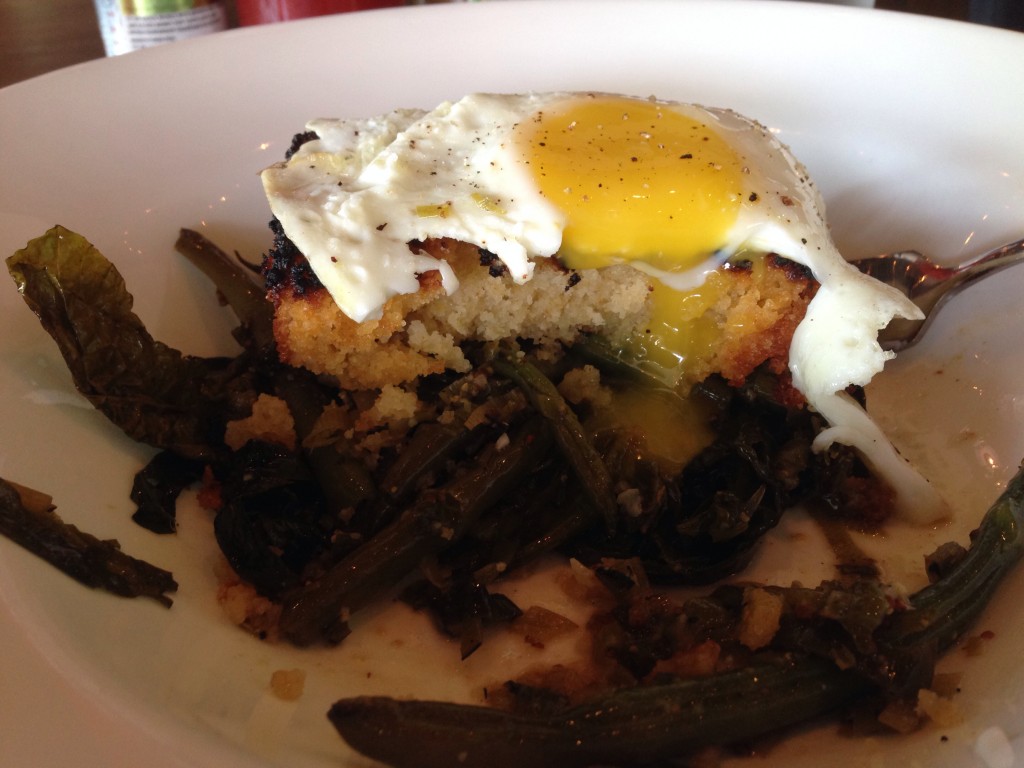 corn bread and a sunnyside up egg. 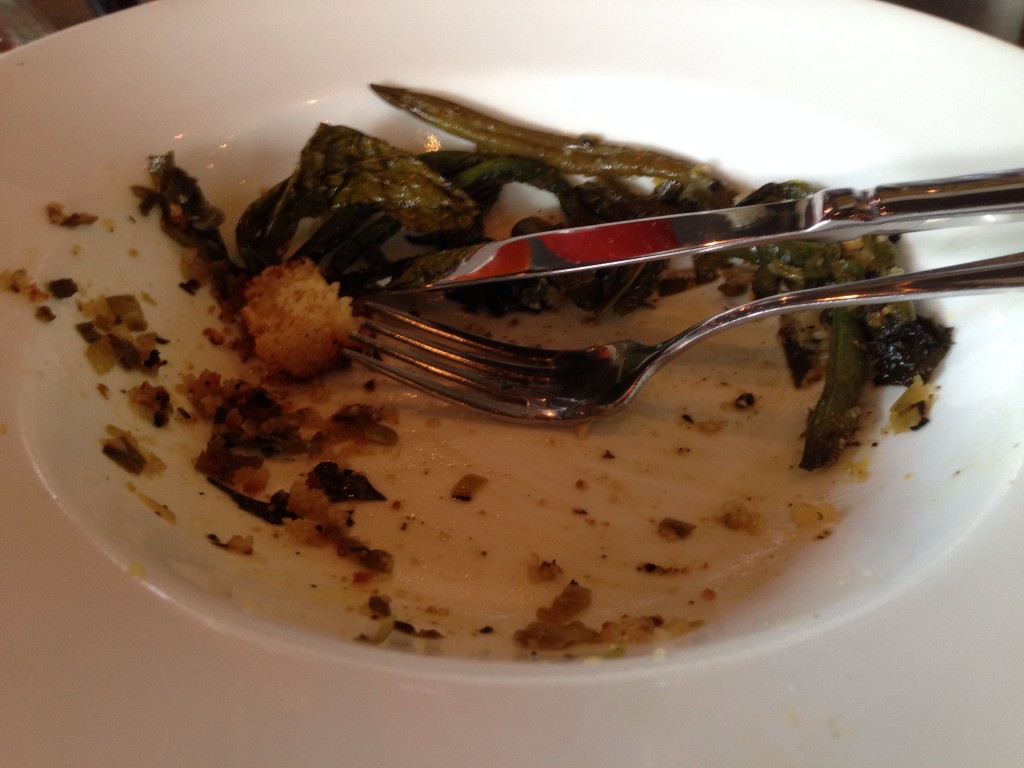 Chicago clearly was a comedy and culinary delight for this Southern gal. No joke.