I first heard about the National Storytelling Festival at Jonesborough from a classmate in an LA storytelling class in 2011. When I saw a reminder last summer, I decided maybe this is the year to go. I registered for the festival and made motel reservations, the latter being more challenging. I printed out mapquest directions, over 600 miles. 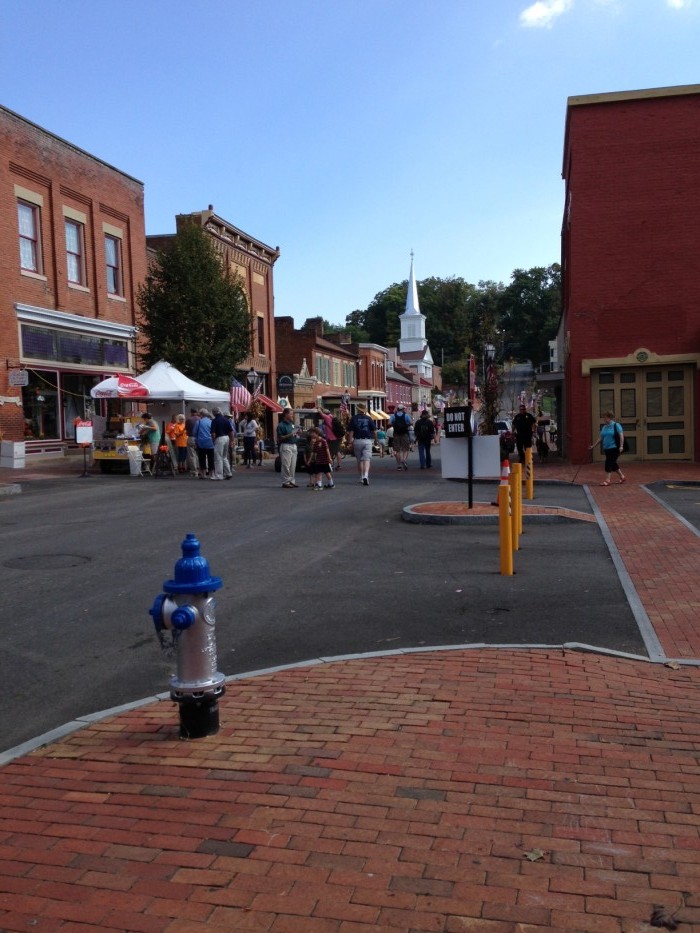 Arriving at your destination safely is a main goal of any road trip. I learned from my dad to make sure your vehicle is in top condition before hitting the road. It’s become my habit to take my car in for routine maintenance: check the tires, change the oil. Good thing I did. It was time for a major service that exposed problems unseen to my naked non-mechanic eye. It was worth forking over more dough than I anticipated to be road safe.

Wednesday, I drove to Hot Springs to pick up Mom under grey skies. The road to Memphis was covered with moisture ranging from a few drops to torrential downpours. Rain was so heavy when we stopped for lunch, we drove through for fast food.

The trip to Jonesborough, Tennessee, routes right through my most troublesome city. Memphis, home of the blues. I’ve gotten lost twice on long road trips. Both times were due to missteps at Memphis and meant significant, scary delays in areas that looked less than inviting. So, when I printed them out I actually read the mapquest directions and notes the interstate names. It worked. I breezed through Memphis.

On our approach to Nashville, it was late afternoon. “Wouldn’t it be nice to sleep near Carnton?” Mom says. Carnton Plantation at Franklin, Tennessee, was owned by cousins of one of our ancestors. We saw the beautiful historic property in 2011. I took the exit.

We arrived at Carnton at dusk. As expected, the gates were already closed. We circled the drive by the cemetery. The site where so many were killed or injured during the bloody battle of Franklin, one might expect to hear or feel the groaning of the suffering. Yet, I didn’t hear or feel anything. Neither did the doe or her fawn that were standing casually in an adjacent field. Our stay in Franklin that night was peaceful.

We traveled on to Jonesborough, Tennessee, the next day. Jonesborough may be small with about 6,000 residents in 2010, but is a tourist attraction as the state’s oldest town. Listed on the National Register of Historic Places, preservation efforts are obvious in its historical district where the National Storytelling Festival was held. Assorted storytelling, food and merchandise tents were located within easy walking distance of each other. 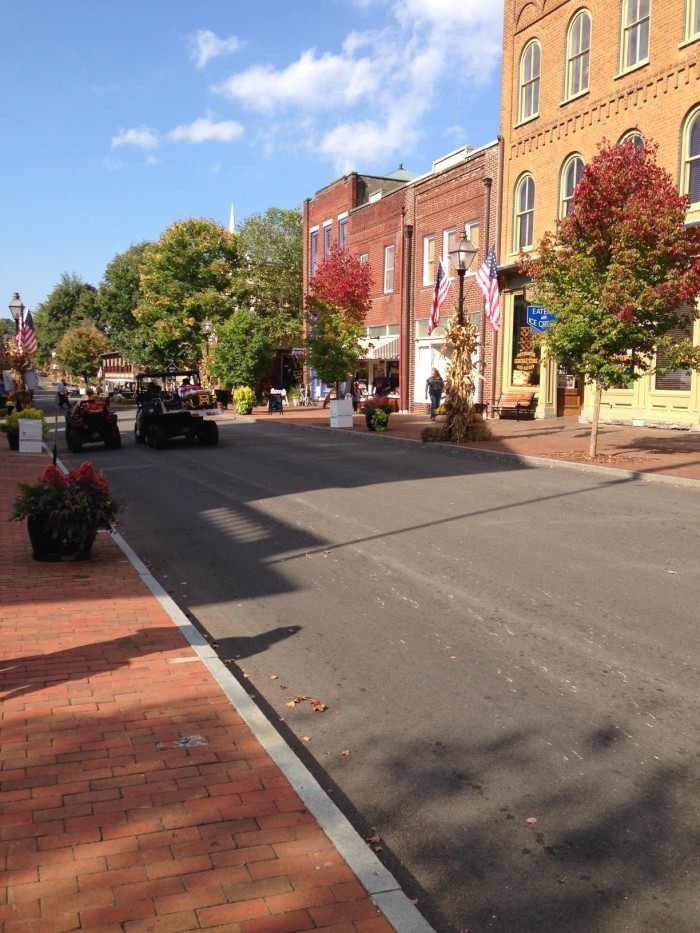 The food was great and the service was an art form at the Jonesborough General Store and Eatery (on right behind tree).

There’s a time to arrive and a time to depart. It’s back to the road on Monday, October 7. The stakes were raised on our return trip by an article published by 24/7 Wall St. on October 4, 2013. Think New York or California would be top of the list The Most Dangerous States in America? Nope. They weren’t even in the top ten. Tennessee ranked highest in violent crime.

We got an early start and drove straight through on the return trip. Thankfully, nothing happened to us in Tennessee. We made it through Memphis again without trouble. I slept in my own bed that night. There’s just something nice about that. 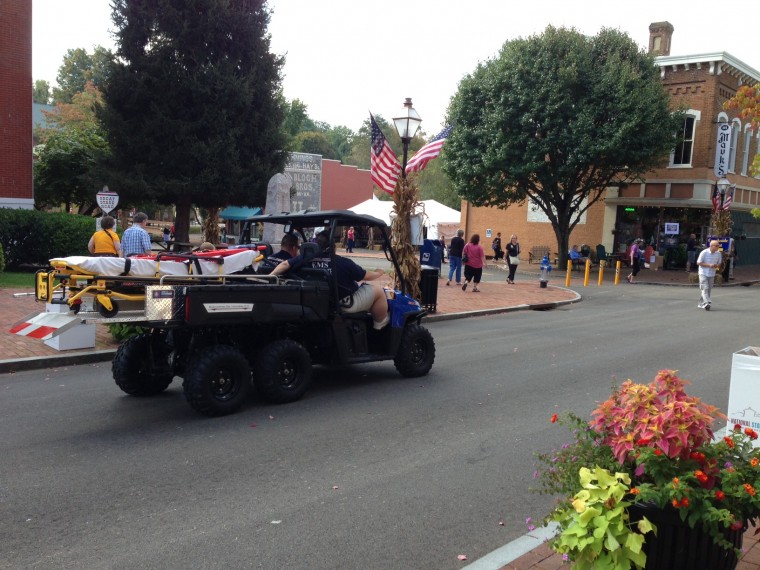 If you’ve ever gotten sick or injured out of town like I have (pancreatitis and a tooth ache that necessitated a root canal), then it’s a relief to see emergency provisions readily available. It’s an even bigger relief not to have had to call on their expertise! 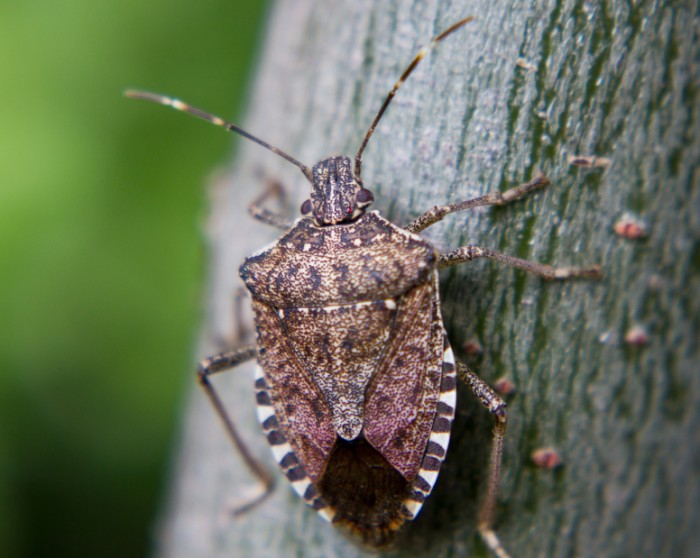 The skies were blue and sunny over Jonesboro, Tennessee, at the National Storytelling Festival. As the sun beat down, it wasn’t as cool as I’d hoped for October slightly north of home. After finding seats in the Creekside Tent, I left Mom to find something to wet my whistle. 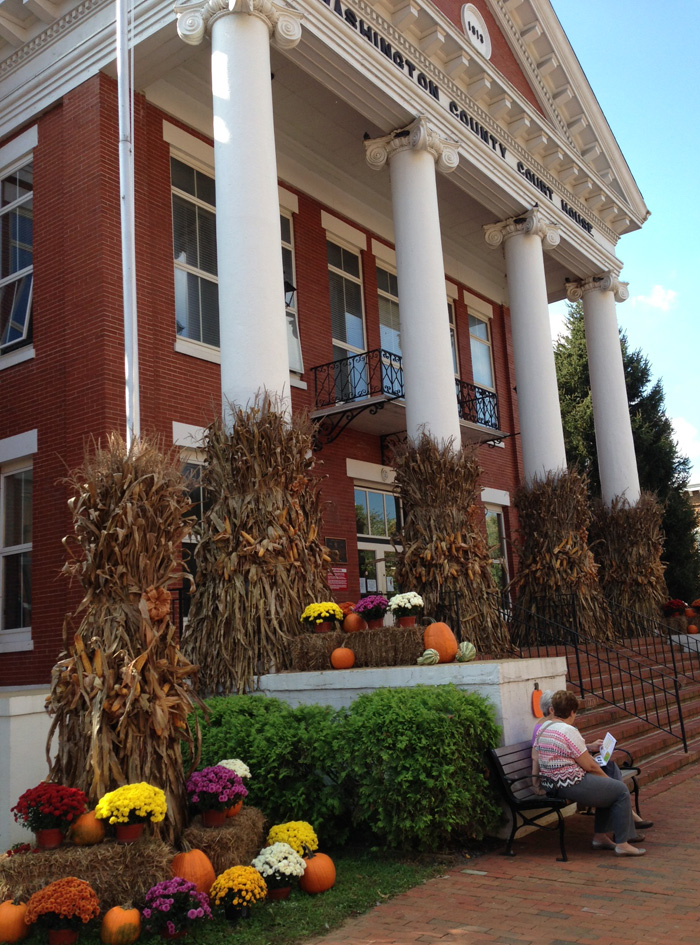 My mouth felt as parched as those stalks on the Washington County Court House columns.

As in telling a story for the first time, it’s easy to get distracted at a festival. A large Cherokee Street-side tent filled with tables and friendly faces beckoned. In seconds, I was hearing about the National Storytelling Network. For a storyteller, it was as refreshing as a sip might have been from the nearby creek if I were the kind who drinks from slow running streams. 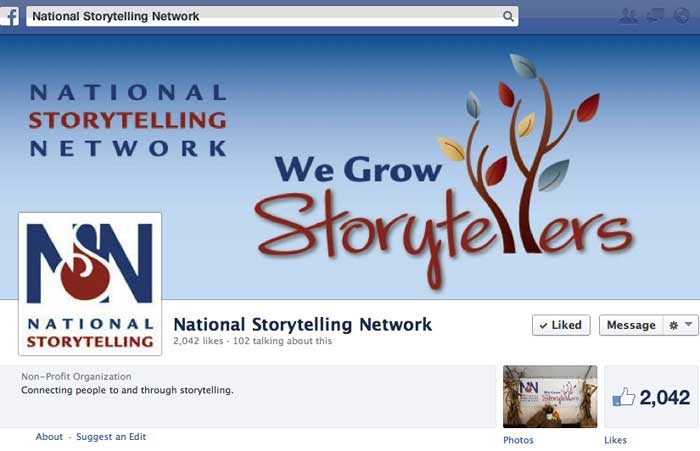 Dedicated to advancing storytelling, this membership group offers a wide assortment of enticements including resources, grants and an annual conference. As a new member I was given Flora Joy’s Storytelling Delivery Skills and Len Froyen’s Gratitude: Affirming one another through stories. Back home I receive a lengthy email that will take more than one reading to absorb informing me of benefits too numerous to list.

That whistle you hear at Jonesborough? Nope, it isn’t I. It’s a blast from the past by trains that regularly pass by Tennessee’s oldest town. But if you hook up with the NSN, it might be the nudge you need to start tooting you own story horn!