For many women, the handbag is a utilitarian necessity, a place to carry wallets, keys, phones and makeup. Other women elevate the handbag to an art piece using them to make a fashion statement, even collecting particular designer brand pieces as they would the work of a certain artist. I had way too much affection for designer bags until an accident and knee surgery that landed me on crutches forced me to simplify. I chose a small, light, black leather shoulder bag that carried the essentials. But it wasn’t until 2010 when I became a full time story dame that I streamlined to mainly one bag. 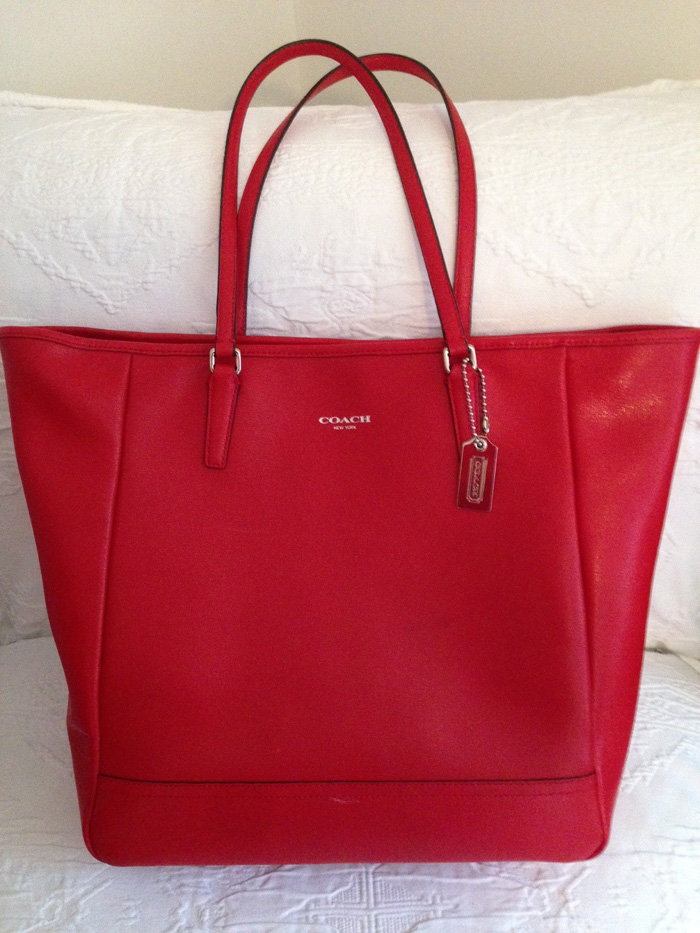 See the bag. Touch the bag. Buy the bag.

For the StoryDame, the handbag is a life story enabler. It needs to be capable of carrying whatever you need to be able to capture your story at any given moment. For me, that could include my wallet, smart phone and whatever it takes to freshen my appearance. Some days it might include a laptop, papers, and maybe a shirt change should the occasion demand these. What I look for is a bag efficient enough to be used as a briefcase, yet attractive enough to simply be a purse. Because of the amazing life of my last Coach bag, which may have set a standard that few can match, my goal is that it should be sturdy enough to last about three years.

Spring 2013 my three-year clock is about to run out on the “fab bag” I bought in 2010 when an email from Dillard’s arrives in my email inbox announcing that their brand new Coach bags are 25% off. “Start of the season” bags at a significant savings? It’s worth a look. Almost immediately I hop in my car and off I drive to Park Plaza Mall. As I intently scan the available options in the Coach section my eyes fall on a medium leather tote. I’ve never believed in love at first sight until now.

The bag beckons silently from where it hangs. I moved slowly toward it. My fingers run over its flawless, slightly textured leather surface which will hide a multitude of scaring sins. Inside it is roomy with a zipped compartment on one side and two pockets for things like cell phones and lip gloss on the other. It is equipped with a zipper closure to prevent contents from falling out.

I’m about to go with my standard black when I spot a “pop of color.” I chose the red-orange bag and swipe my card for what might seem a pricey estravagance to some. Yet divided by three, the bag is a low cost bargain!

Having one bag cuts down on time and money spent on decision, dressing and additional bags. Since my wardrobe is mainly composed of solids with a lot of neutrals, this bag fits with my wardrobe as well as my lifestyle.

Was it a good choice? Just about everywhere I go – a shared meal with friends and family, a local department store, or the food aisles at Wal-Mart – that bag gets favorable comments from total strangers.